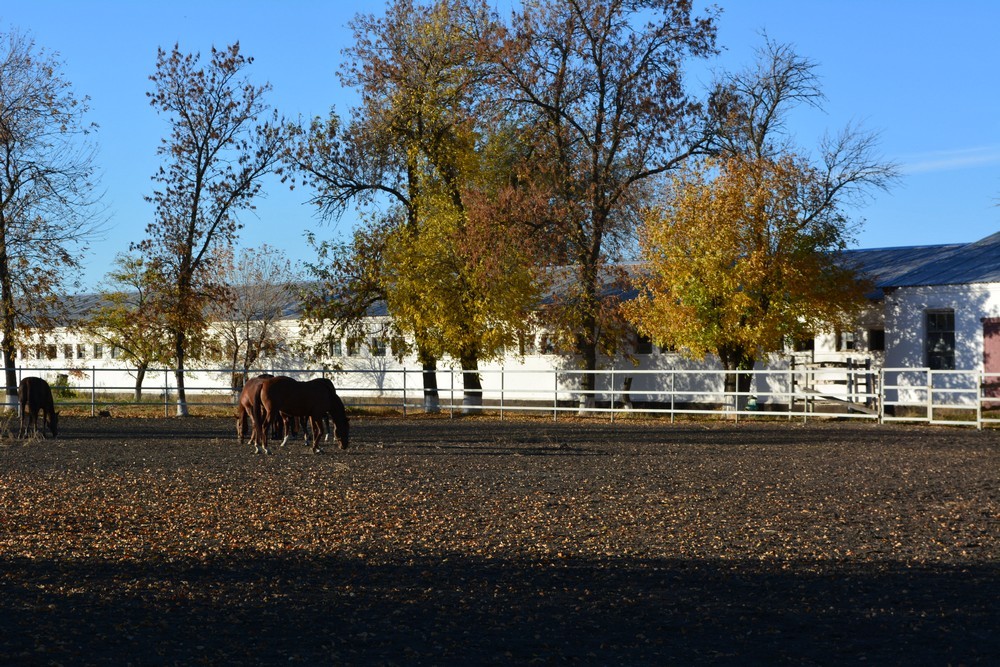 About the stud farm

The stud farm named after the First Horse Army is the cradle of the Budyonny breed of horses. Here the breed was created and today it contains the largest population of broodmares of the Budyonny.

The horses of the Stud farm named after The First Horse Army are easy to recognize: tall, powerful, bony, and among the colors are not only traditionally red, but also bay and rarely black.

All mares and stallions before entering breeding are tested for racing qualities at the racetrack. Only the most enduring and strongest horses are permitted for breeding. This technology guarantees the colts “iron” legs and a great heart.

After the end of the Civil war, the task of producing horses for the cavalry was very acute. To solve it, the commander S. M. Budyonny was sent to Don land. Thanks to his efforts all conditions for successful raising of a livestock of horses – the future Budyonny breed – were created in newly based military stud farms.

The official date of creation of the Stud farm named after The First Horse Army is November 20, 1920. On this day, eight months after the end of the Civil war, the former economy of the horse breeder V. Korolkov was ranked to a Military Department. The stud farm received its modern name on February 23, 1923 – in honor of the fifth anniversary of the creation of the legendary first Horse Army.

The plant was focused on the breeding of cavalry horses – the main direction was raising of half-bred horses on the Trakehner and the Don basis. From the beginning, the emphasis was on a combination of playfulness, blood and large size. For this purpose, they selected stallions, which became the most valuable ancestors of the lines: Cokas, Inferno, Charlie Tze Bold.

The task was successfully completed.